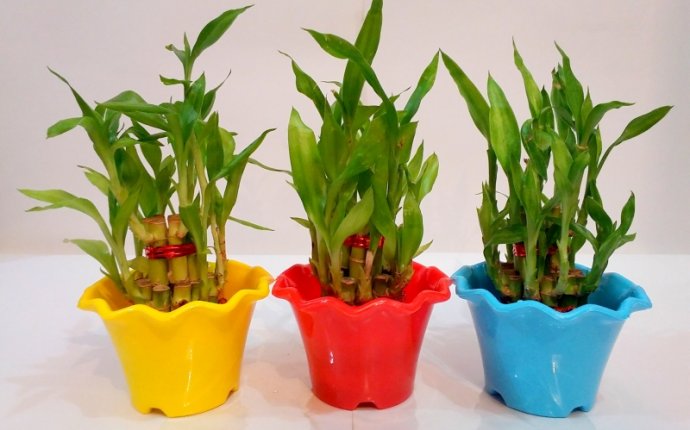 We've all seen Shilpa Shetty wear watches on both wrists during matches of her IPL team or heard how his blue sapphire helped Amitabh Bachchan bounce back when his career was going downhill.

Even Lord of the Rings star, Cate Blanchett, has her elf ears stashed away safely for good luck. But why only celebs; all of us have our little good-luck secrets, don't we? And what could be better than a lucky charm that's eco-friendly as well? Yes, we are talking about lucky plants -the ones that supposedly radiate positive energy and attract good fortune, happiness and prosperity .

There was a time when most of these plants were region-specific, like the good old Tulsi adorning Indian courtyards, but of late, it has become a global trend. You will find miniature bamboo shoots in every other Indian household or office, sitting quietly in a corner and auguring good fortune for its owner.

So, here's a list of some plants and herbs considered lucky around the world. Pic your charm...

This dark green plant with gorgeous bright white flowers helps you prosper by improving the indoor air quality. It also helps prevent asthma, headaches, chronic illnesses, cancer and more. The peace lily does all that simply by sitting pretty in your home. It can clean out formaldehyde, benzene and carbon monoxide from the ambient air, apart from other fumes like cigarette smoke, paint, furniture fumes etc.

The Aztecs of central Mexico consider a flowering cactus auspicious. According to them, a blooming cactus flower symbolizes good luck and its owner can expect good news immediately.According to the legends, the gods of sun and war had promised Aztec priests that one day, someone would spot an eagle perched on a cactus and holding a snake. This would mean that they had found their home. And it supposedly happened! Aztecs hurried to the swampy shore of a lake to see this wonderful sight and as they watched, the cactus grew into an island, which became their new home.

Often used in Feng Shui, a money plant is said to produce a positive energy flow that attracts good luck and fortune.In China, the money plant is traditionally given as a New Year gift. But there's a catch: The plant's shoot must always point upward for it to bring you wealth. Also, according to popular belief, owners get richer if the plant is propagated using stolen branches (cuttings). On the downside, the person from whom the clippings are stolen, supposedly stands to lose wealth.

It holds both mythological and religious significance for Hindus. Believed to be Lord Krishna's wife, it's considered pure and holy, and also has medicinal properties. Tulsi leaves are often used to purify food and water. It is also offered to the gods during prayers. Supposed to ward off negative energy from your home, it is also credited with helping people achieve FINANCIAL success.And, if you grow your own basil and use it to flavour your food, it is said to awaken passion in anyone who eats it. Want to give it a try?

It's said to increase brain power, attract love and encourage lust. Rosemary relaxes your mind and keeps you youthful. It helps in healing, protection and purification.

Known as one of the most powerful aphrodisiacs, jasmine helps keep romance alive. It is believed to attract love, MONEY and prophetic dreams.

Lavender is known for its mood-elevating and calming properties. Its scent is said to bring a sense of inner peace. Applying lavender oil on your forehead and behind your ears alleviates headaches and improves sleep. Allegedly, it's also supposed to help one attract men -and see ghosts! So, all the ghostbusters out there, now you know what to do.

Orchids are meant to attract love, deepen friendships and help soothe the soul. Ancient Greeks used to associate orchids with fertility and virility.

Apparently, having honeysuckle at home improves finances. Its smell is believed to sharpen one's intuition. Some also believe that placing crushed flowers next to one's forehead boosts PSYCHIC powers.
ROSES
Roses are believed to attract love and luck.Moreover, different colours exude specific energies. For instance, white roses purify and heal, while a white rose with red markings symbolizes devotion and passion. On the other hand, peach roses bring peace, spirituality and friendship, lavender ones can be used to enhance spirituality in life, pink variants attract romance while red attracts true love. Fuchsia roses are meant to express deep love and acceptance of your body -fat or slim, doesn't matter.