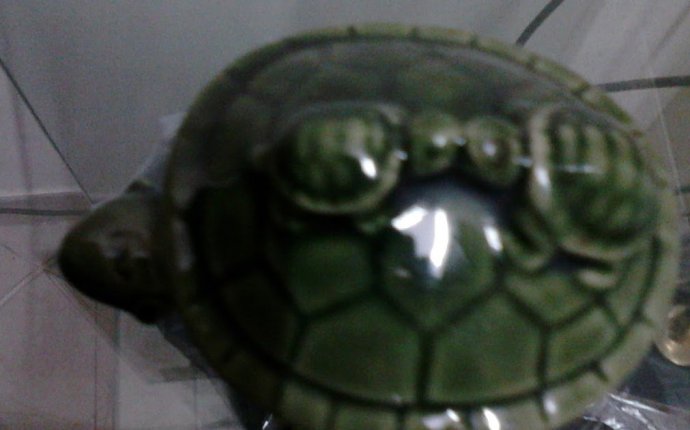 Chinese mythology tells that phoenix, qilin (unicorn), dragon and turtle are one of the most sacred animals, and the turtle is the only animals among the four that is actually living today. The word “turtle” commony covers both turtles (generally live in water) and tortoises (generally live on land). Being one of the animals that has endured longest on earth, turtle is considered as a symbol of wisdom, endurance, wealth and long life.

In the Hawaiian, the word “honu” has the meaning of sea turtles and represents long life. These gentle animals have been alive for more than 200 million years. Turtles have been alive longer than birds, mammals, crocodiles, lizards and snakes. The earliest turtles could not pull their heads into their shells and they also had teeth, but other than that they were similar to the turtles you see today.

The shell of the turtle is said to be the one which makes them successfullt survive for so long. It is also believed that the world is the back of the turtle and the shell of the turtle has markings of heaven and earth and also the roof of the universe. Chinese believe that this animal has the secret of heaven and earth within its body. The shells of the tortoise were used in ceremonies to predict the future during China’s Shang dynasty (1766 – 1122 BC). Certain animals are sometimes spliced with this turtle, such as a dragon-headed turtle, in order to give more power to the symbol.

Having remained the same for million of years, rarely die from diseases, can go without food for more than a year as well as their long survival in the animal kingdom makes people believe that these creatures somehow have the supernatural powers. Real tortoises actually live more than 150 years on average (it is a very long time). Turtles are even worshipped in temples.

Turtle is one of the four guardians of the compass. The turtle with a snake coiled around it (known as the Dark Warrior) rules the North, including the northern part of the sky (phoenix bird rules the South, tiger rules the West and dragon the East). The winter season, the water and the winter season are all associated with the Dark Warrior. A picture or a figurine of one turtle can bring support, and add to the prosperity and wealth of the family. As an option, you can have a turtle in an aquarium placed in the north area of your house.

The Feng Shui turtle is used as a energy enhancer and a protection when placed at the back of your house. You can place it in your office and garden as well. When using the Feng Shui turtle, there are certain guidelines you have to follow to ensure it affects you positively. The turtle should be placed towards the North direction so that it can support you in career and business projects. You can place the turtle close to the West-facing main door in order to provide stability and strength to Ba-gua (the energy map). This will bring protection and energy to the main door. Calculate the kua, the birth element as well as the current Feng Shui energies for the current year in order to help you determine the suitable place and direction to place the turtle.

The Feng Shui turtle is different from other kinds of turtles available. Feng Shui turtles are made from certain materials used especially for Feng Shui purposes and have auspicious symbols on their back. Some of them also contain Feng Shui coins that can be used to attract more wealth and health to your life and home.