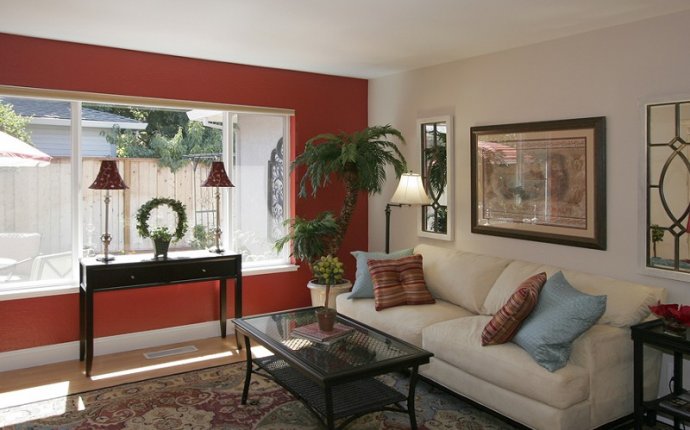 Mirrors have a variety of uses in the home, such as reflecting light, opening up space and generally enhancing the decor. However, there are a few guidelines that you should follow when hanging mirrors around your house. We asked professional interior designer Vanessa Deleon, host of SpacesTV’s “Your Place is a Dealbreaker” and featured designer for Food Network’s “Restaurant Impossible, ” for her expert advice on decorating with mirrors.

DO use large mirrors in tiny rooms.

A large mirror in a small room creates the illusion of depth, so don’t be scared to go big. Deleon recommends placing a big mirror on the wall above a dining room table to reflect the chandelier, or installing a mirror across from a beloved piece of artwork. And, if you’re really feeling adventurous, you can try something even larger: “People have a misconception about wall-to-wall mirrors, thinking they’re dated, ” says Deleon. She suggests distressing them or installing sconces to give them a more modern tone.

It might be tempting to hang up a mirror to cover empty wall space, but make sure it’s reflecting something that’s worth looking at. “The worst thing a decorator can do is hang mirrors so they’re reflecting random things in your home, ” says Deleon. For example, you’d never want to place a mirror in a spot where it could reflect a pile of clutter, or even an unattractive piece of furniture. “You want a mirror to reflect a nice view or bounce light, ” she says.

DO make mirrors a focal point.

“I LOVE, LOVE, LOVE how leaner mirrors dress up a space, ” says Deleon, referring to the large, upright mirrors that aren’t installed, but rather placed on the floor and rested against a wall. “They’re ideal in dressing rooms and corners, ” she says. “And, as an added bonus, you can put a spotlight behind one — it shines and creates a corner glow.”

“One bold piece can set the entire tone for the room, ” she adds.

DON’T go overboard with mirrors in the kitchen and bedroom.

“Mirrors are not necessary in a kitchen, ” Deleon says, although she’s not totally against the idea of a mirrored backsplash. “It can still pose a problem such as water marks, ” she warns, “so it would need constant maintenance.”

Deleon also prefers to limit the use of mirrors in the bedroom, saying, “If a mirror is in a bedroom and it reflects the bed, it’s not a good look.” If you absolutely must use a mirror in the bedroom, Deleon recommends placing it in a spot where you won’t see your reflection as soon as you wake up. “It should be behind you, ” she says. “Above the headboard would be OK.”

DO obey the rules of feng shui.

It turns out there’s another reason why Deleon avoids using mirrors in the bedroom, and it’s an ancient one: “According to feng shui, it’s not really good to have mirrors in the bedroom at all, ” she says, noting how they are thought to attract a strong element of water, which can create an energy of sorrow. “Any mirror facing the bed interferes with your personal energy; it is said that it ‘invites a third party into your intimate relationship, ’ so I’m not a fan of mirrors in the bedroom!”

Alternatively, Deleon knows how to practice good feng shui with the strategic use of a few well-placed mirrors. “Putting a mirror over a fireplace is a great idea, ” she stresses, mostly because it brings good energy into the room. “A mirror is a water element, and when placed over (the fireplace), it balances.” It’s also good feng shui to place a mirror in the entrance of your abode, as “It offers a feeling of being welcomed, ” Deleon says.

DON’T use mirrors on ceilings.

This might seem obvious, but it needs to be said. “A mirror on a ceiling is very tacky, ” states the expert. “This is something you'd see in a cheap motel, or in some retro movie from the 1970s.”

DO use mirrors in narrow hallways and staircases.

“A smaller, horizontal mirror works in a narrow hallway or staircase, ” says Deleon. This will act to widen the space, which creates a better flow from room to room.

DO use mirrored furniture to your advantage.

According to Deleon, there are several innovative ways to use mirrored furniture (such as a mirrored chest of drawers or mirrored coffee table) to enhance your home. “Mirrors trick the eye into thinking the mirror doesn’t exist, ” says Deleon. “If you have a big piece of furniture in the middle of the room, you can make it appear as if it’s disappearing by installing a mirrors on it.” Deleon also recommends placing mirrored drawers or desks next to a wall in a small room, as it “makes it look like the floor extends beyond the wall” and gives the illusion of extra floor space.

What are my Feng Shui Color?

@Jaz: About to get my first ever professional massage. The feng shui waiting room is pretty dope. This tea is hot as Satan's den.... 😳😲