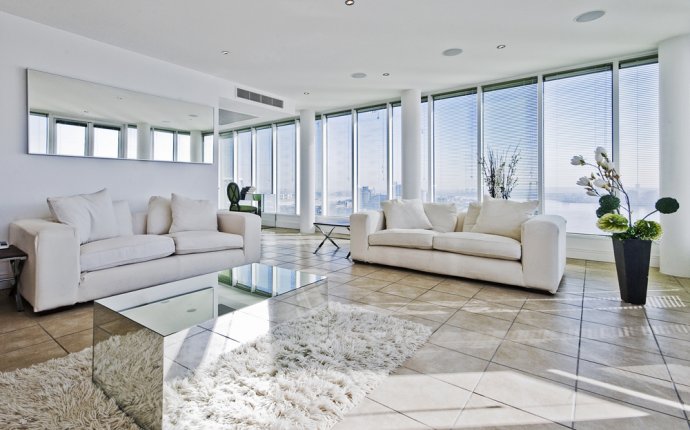 Almost anything can be a “remedy” or an “enhancement”.

For the most part what you're doing is introducing a helpful “Element”, based on your analysis, and for the most part it doesn't matter how that “Element” is packaged, e.g. “Fire Element” can be introduced with red colour, an expensive pyramid, an upwards pointing triangle etc. Similarly if you want to introduce a “money” influence into an area, you can use a Chinese “Coin remedy” from your local feng shui shop (or by mail order - see below), some loose change out of your pocket, the foreign bank notes left over from your holiday etc. - You get the idea?

OK, now I want to concentrate on telling you how to fix some of the more common problem areas, before telling you where you can get “ready made” remedies from.

This doesn't just apply to through lounges, but potentially to anywhere where you can stand in front of the house and look straight through and out of the back.

With this configuration the energy often flows too fast through the house making it difficult to relax. The important thing is to place something in the front window to slow the energy flow – cut crystal is one way, curtain nets another.

Front doors and back doors in alignment

Front doors and back doors in alignment, with nothing but empty space in between is another version of this problem, but this time the symptoms are most likely to be a bank account which “leaks” the money out as fast as you put it in.

In this case it's better to allow the energy into the house and then hold it there, so you put the blocker just inside the back door.

You don’t have to buy expensive “Remedies” to make improvements.

So long as you get the shapes and colours right to give you the element mix which you need, and get the numbers and symbolism right, you can make your own remedies which will work every bit as well, at a fraction of the cost as bought ones.

However although it can be fun and instructive to make your own remedies, sometimes you just want to buy some and get the job done. So I’ve listed a couple of places below where you can get them from the Internet

The configuration which I'm thinking of here is where the bottom step is 5 or 6 feet back from the door and the “run” of the lower part of the staircase (often the whole staircase) is aimed at the door.

This configuration restricts the flow of energy in through the door. There isn't usually room to put a coat stand or something like that between the foot of the stairs and the door, but you can often hang a wind chime (ideally with 5 metal tubes) from the hall ceiling so that the door strikes it as you open the door. The jangle disrupts the energy flowing towards the back of the door, which allows more energy into the house.

The idea that this causes a problem stems from the days of cookers containing open fires (Fire Element) being opposite sinks (Water Element). This gives a clash between the two elements leading to friction and arguments in that area of the house.

In modern kitchens where the “Fire” is only on whilst you're cooking and for the most part is completely sealed inside the cooker, it doesn't seem to be much problem. But if you find that it is in your house, and want to fix it, put some Wood element between the sink and the cooker. You'll probably find that the most effective way of doing this is to use Green, rather than objects made from wood (they tend to have lost most of their “Wood” Element by the time the trees from which they are made have been cut down for a couple of years).

Now lets look at some of the more common “enhancements”

Money plant in SE for wealth

Based on a PaKua analysis the southeast is a wealth influence (there's also another more powerful wealth influence in this area as well until 2016). You can strengthen and tap into both by placing one or three Money plants there.

Pair of “whatever's” in SW for relationship

Again based on the Pakua the southwest contains one of the relationship influences. You can tap into this by placing a pair of things here – red roses or Mandarin ducks are the usual choices. If your pair of objects are either Fire or Earth elements, so much the better.

Whilst we're on the subject of relationships, remember the symbolism regarding the number of things you use – I've seen single people with single unpaired objects in several relationship areas in their house and I’ve seen them meet partners when they replaced those with pairs of objects. But remember that more that two identical objects in a relationship area can also create problems!

Metal in North for Career

If you put Metal Element in the north, it will usually have a mildly beneficial influence on career.

How to Feng Shui your bedroom?