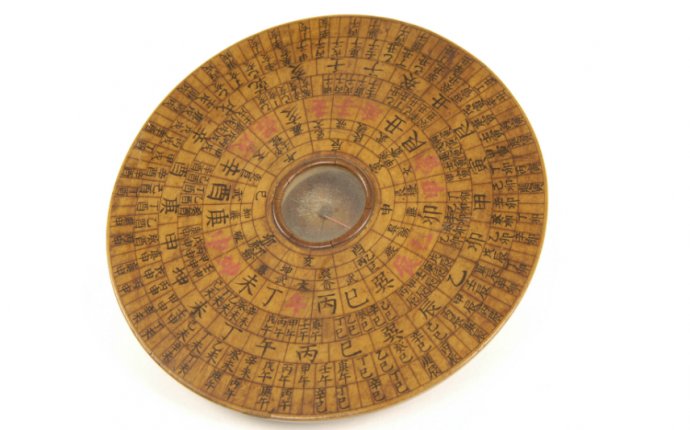 In the classical approach of feng shui we can establish two basic work streams, firstly the study of landscape with its many elements and forms and on the other hand, the mathematical aspects that do order them in time and space, where the knowledge of the directions and the terrestral magnetism is fundamental. Obviously, the tool we need to find the space direction of a building is a compass, subject of this article.

The invention of the compass is attributed to the Chinese the same as feng shui. In some texts it is mentioned the legend that the Chinese Emperor Huang-ti used the basic properties of the compass to guide his troops in a battle where invisibility was caused by fog around the year (2634 BC).

The subsequent rediscovery of the compass in the West was indeed a great leap that served the epic journeys of humanity.

Using a compass is not of much complexity, although we must take some considerations into account to make reliable measurements. For example, if we are going to measure the front of a housing we will need to take in most cases several readings.

If we go out to the balcony of the house and note down the grades which are indicating the compass without other measurements, it is possible that you may end up with incorrect information, we will discuss that later.

Many people who approach to feng shui, and in particular to the popular systems using the compass either Ba Zhai or Xuan Kong, want quickly to build up their geomantic chart. We have made this article to have a basic understanding of the measurement process where we will discuss the common types of compasses, the recommended steps for measurements and the registration of data within a table of orientations.

a) With a magnetic needle

A first type bases its function on a “magnetic needle” usually divided into two colors, the norm in the West is the red pointing north and the black pointing south (magnetic poles). In addition to the needle there is a rotating ring that revolves 360 degrees and that is set manually to obtain a reference of the degreses. The Luo Pan or Chinese traditional compass is an example of this system.

Some Chinese compasses unlike the ones of the West, use the white color of the needle to point north and the red for the South.

The following photographs show the steps to get a lecture through a common compass of this kind. In most sports stores you can find similar models.

Step 1: The external red arrow serves as reference for indicating the direction we're going to measure, it could be the direction that points the facade of our house.

To read the degrees of that direction it is necessary to adjust the ring that incorporates the internal arrow so that it coincides with the magnetic north (red part of the needle). The next photograph below shows the subsequent step.

Step 2: We have aligned the red needle (magnetic north) with the arrow inside moving the ring slightly to the left.

To read the degrees we take the reference that indicates the outer needle. Note that it indicates about 100 degrees, equivalent to the East.

The second type of compass incorporates instead of a needle a rotating magnetic disk with the degrees listed herein. In this system one prevents the subsequent adjustments of the needle in reference to an outer ring, which brings some comfort. You only have to direct the compass toward a specific position and wait til the ring in motion remains static reading later the degrees.This system can be found in situations where manual adjustment is not practical as in aircrafts, ships, cars, etc..

This rotating magnetic disk model is more advanced than the first model above. It incorporates an alignment system, helps to read slopes and the possibility of using a tripod to hold the compass completely static.

It is an recommended instrument for feng shui readings in which we seek some precision. A few degrees of difference in a geomantic chart off plan may be vital for a correct interpretation.