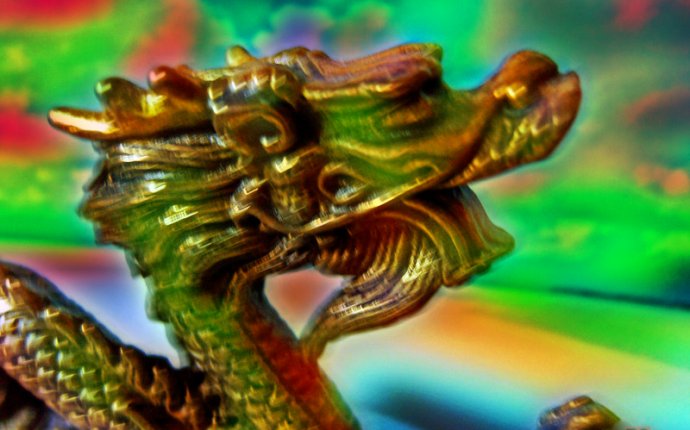 Since getting involved with Feng Shui (the 4000 year old Chinese Art of Placement and Interior Design, pron. fung sch’way), I’ve developed a fascination for dragons. Not your “St. George and the Dragon” fire breathing dragon nor the Kundalini Serpent Power of India but your “Chinese New Year Dragon”. The kind of dragon that undulates playfully through the streets as it does through nature.

The Chinese dragon is a spectacular kind of dragon. It is a dragon that lives in the east and is associated with fertility and spring rains. It is the kind of dragon that is good natured and beneficent. With its serpentine body it can be found in the water, in the sky and across the landscape. On land it shows us where the most vibrant locations are for siting a home. In the air it brings a favorable breeze and in the water it brings us abundance.

The dragon symbolizes the Vital Life Force as the Cosmic Breath of Life or Cosmic Ch’i (energy). It is this Breath of Life that dynamizes all things, animate and inanimate alike. The dragon is often depicted as playing with a fiery ball symbolizing this Vital Life Force and at the center of the ball of fire can be found the precious Pearl which in turn symbolizes the purest of energies or the Elixir of Life sought after by alchemist throughout the ages.

The Chinese dragon is unique as it has no wings and yet can fly in the sky, its horns are like deer antlers and its ears like a goat. The dragon has scales like a lizard and clawed feet like an eagle. The Chinese dragon commands attention appearing noble and to the uninitiated fearful. To those who know, the dragon is simply awesome.

Invite A Dragon Into Your Home

The ancient art and science of Feng Shui (literally: wind- water) utilizes many techniques to remove obstacles to our success and good health while energizing us for maximum effectiveness. One technique is the appropriate use of symbols to stimulate the subconscious to action and to act as an anchor in the subconscious to assist us in the fulfillment of our stated intentions. The image of the dragon consequently has been suggested for thousands of years as a remedy where courage, enthusiasm and positive results are needed.

With this in mind, inviting a dragon, or dragons, to come live in your home is a great symbolic gesture. One or more dragons in the home is a great motivator resulting in dynamic action and great achievements. Placing a dragon anywhere in your home or office will energize an area of your life that may be obstructed and in need of revitalization. A dragon properly placed will stimulate the flow of harmonious and prosperous Cosmic Ch’i into your life.

If you own or purchase a carpet with dragon images, you would be best advised to hang it on a wall. If you lay it on the floor, walking on it will hinder it and perhaps injure it, preventing it from flying freely about. And dragons do fly, so avoid hanging dragon images in your bedroom as they will keep you awake during the night as they frolic about. Dragons are best hung in the living room, den, playroom and office areas.

Symbolically dragons, as strong abundant life force, represents prosperity. Indeed, the water in which many dragons reside symbolizes money flowing to you, accumulating in pools, bubbling in fountains, flowing in streams and waterfalls. Pictures of water flowing are not as powerful as the real thing but certainly a dynamic substitute. You need a dragon in your home if your personal energy has been down or if more money is going out than is coming in. Likewise, dragons undulating in any form stimulate good fortune flowing to you as well.

The more dragons you can accommodate the better, but avoid dragon images that feel overwhelming. And never invite only three dragons as they will, like three children when left alone, argue and fight with each other.

Best Placement For Dragons In Your Home