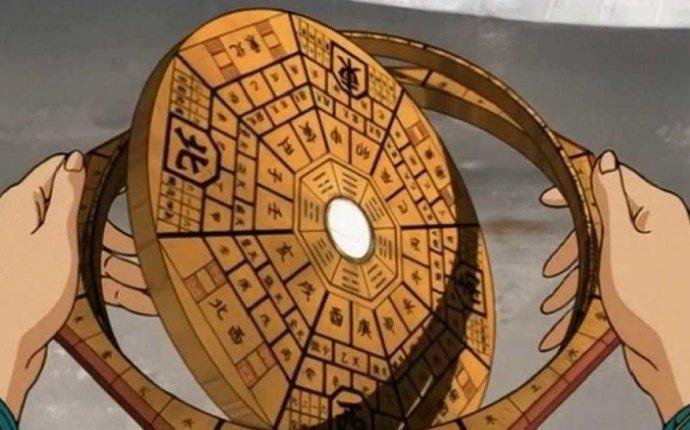 Boogie Woogie Feng Shui is the twenty-first session, or episode, of Cowboy Bebop.

In order of appearance:

Jet is on Mars to track down his old associate, Pao Pu-Zi who had recently sent him a message that just said, "Seek the Holy Beast of Ahnzahn. I am where the four gods meet." Pao has a reputation as one of the three greatest Feng-shui masters on Mars, but when Jet's search only reveals a tombstone that says that Pao had died in 2071. As Jet ponders who could have sent the message if Pao is dead, he is met by Pao's daughter, Meifa Pu-Zi who saves him from being shot when two assassins open fire on him. The two escape by jumping onto a nearby bus and then into a canal. Jet takes Meifa aboard where he explains to Meifa that he had not heard from Pao in ten years. Meifa tells Jet that Pao had died in a transport accident on the way to Jupiter when a hyperspace fluctuation had occurred. Jet shows Meifa the message, and she confirms that it was sent right before the accident occurred. She requests Jet's help in tracking down her father, believing that it is possible he may have survived. She states that Jet's arrival coincides with the best combination for feng-shui and that her father's disappearance has something to do with the sunstone.

The pair search the city for clues as to Pao's possible whereabouts, and Meifa teaches Jet the concepts of Feng-Shui and of the three chis: the chi of heaven which comes from the sun, the chi of earth, which comes from the planet that people live on, and the magnetic chi that comes from living organisms. Feng-Shui is the science of studying these three chis and how they interact with one another. Meifa states that a Feng-Shui master like her father can use their understanding of the chi to change their destiny. After searching the city, Meifa leads them to a large hotel, which she believes is the "Ahnzahn" from her father's note. From the top of the hotel, she points out different buildings and transports as representative of the "Blue Dragon, the White Tiger, the Snake and Tortoise, and the Red Phoenix, the four gods from her father's note. She uses her Luopan, a Feng-Shui compass, to confirm that the representative four gods are in alignment with where they are on the top of "Ahnzahn". She tells Jet that her father's note is pointing them in the direction of the sunstone. Upon leaving the hotel, Meifa uses her Luopan to locate the sunstone, hidden in the mouth of a statue at the base of the hotel. Jet is confused, as Meifa's sunstone looks like a black rock the size of a fist.

As the two head to a bar, they notice the two assassins from before. Jet ambushes them and forces one of the assassins to reveal that they are agents of the Blue Snake crime syndicate who were tailing Pao before his disappearance. They have been following Meifa ever since, hoping that she would lead them to her father. However, the the assassins have no more information as to what Blue Snake wants with Pao. Jet and Meifa return to The Bebop and analyze the sunstone, which reveals that it is a piece of the moon which was destroyed in the Astral Gate accident years before. Meifa claims that the accident caused time space fluctuations to be absorbed into the debris from the accident. These stones have a tremendous amount of energy inside them as a result, which can be amplified by the sun, hence their name. Jet asks Meifa the purpose of the sunstone, but she has no idea what her father had planned for it. Just then, Ein grabs the sunstone and brings it over to Meifa's Luopan which begans to spin wildly despite having its magnet removed. This causes Meifa to realize that the sunstone has a twin which is with her father. She tells Jet that if she replaces the Luopan's magnet with the sunstone, it should lead them directly to her father.

Following the Luopan's coordinates, The Bebop leaves Mars. During their journey, Meifa reveals to Jet that she was never close with her father and is saddened that Pao contacted Jet instead of her with the message. She reveals that Pao believed only in universal Feng-Shui and neglected his relationships, causing his wife to leave him. Pao's wife took Meifa with her, and she has not seen Pao in seven years as a result. She wonders aloud why Pao never tried to track her down and see her, as they were not hiding from him. Jet tries to reassure Meifa that Pao probably had a good reason, but she becomes agitated at his words, claiming that Jet knows something about her father that he's not telling. Jet reluctantly tells Meifa that Pao was a consultant for the Blue Snake syndicate and leaked information to Jet back when he was a detective with the ISSP. Pao helped Jet in the hopes that he would return the favor and help him escape from the syndicate's control. Jet had tried his best, but since Pao knew so much about the syndicate's inner workings, escape was impossible. Jet hypothesizes that Pao was worried that Meifa might be hurt by the syndicate if he resumed contact with her.